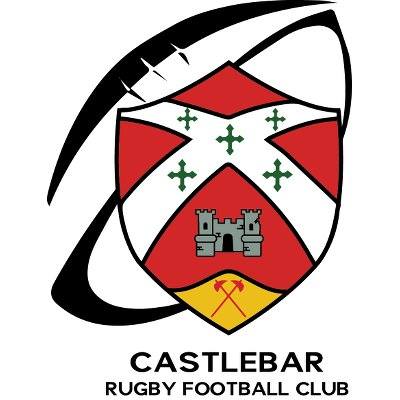 Sunday 1st October:Women's Invitational Cup Final:Castlebar Ladies vs Buccaneers, in Athlone, Kick-off 1pmAll support for this game is greatly appreciated!Also our monthly 50/50 lotto takes place tonight in Johnny Mc Hales from 10pm onwards, so keep an eye our for our mens team who will be selling tickets! Guaranteed winner on the night!

Castlebar 15, Creggs 5Massive win on the road for the men’s team with tries from Mark Staunton and Conor Tuohy with kicking from Ronan Conway!!One fixture to look forward tomorrow;U13’sCastlebar vs Buccaneers, in Castlebar, kickoff 1pm!!A big thanks to all support that attended tonight’s match.

Fixtures for the weekend ahead are below:

Results from Thursday and Friday night are below:

Connacht Women's Invitation Cup:Castlebar Ladies 31, Tuam 0Fantastic home win for the ladies with tries from Ursula Sammon (3), Lisa Carroll and Jen Keegan.Fair play to the Tuam ladies for allowing the change in fixture from Sunday.Connacht Junior League 1B:Castlebar 41, Balinrobe 6Massive home win to kick of the men's team's league campaign with tries from Gavin Sullivan(2), Conor Tuohy, Luke Staunton, Paul Coady and Nigel Byrne!Next up for them is Creggs away next Saturday(23rd), k..

A Reminder that our Mini's started back last Saturday

It's still not too late to join up!Training runs from 10.30 to 11.45 every Saturday morning until March. There will be blitzes with local clubs throughout the season along with the bigger Connacht blitzes at the end of the season!

2 big home fixtures to keep an eye out for starting tonight!

Result from the weekend below;

Cawley Cup semi-final:Westport 7, Castlebar 11A great win from a very physical game in Westport with a try from Conor Tuohy and penalties from Ronan Conway. Man of the match was Mark Staunton.This win sees the men's team through to their first Cawley cup final since 2010, when they take on the winners of Monivea vs Ballina in December!Keep an eye on this page for more details!

Cawley Cup Quarter-Final:Connemara 24, Castlebar 34Great win on the road for the mens team sees them through to the semi-final this weekend with tries from Sean Tonra, Martin Moran, Conor Tuohy, David Staunton and Mark Staunton, with conversions by Ronan Conway.Next up for them is the Cawley Cup Semi-Final this Saturday night away to Westport, Kick-off 5:30pm!Connacht Invitational Cup Pool 2:Tuam 15, Castlebar 47The ladies had their first game of the season away to Tuam and won impressively with..