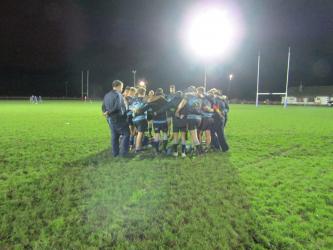 Massive bonus point win away for Castlebar. Read more about the game below as Gerry Melly's match report recaptures the game.

Of all the Junior rugby fixtures in the J1A league, no fixture creates as much rivalry and interest as the meeting of near neighbours Castlebar and Westport. On Saturday evening under lights a large crowd assembled in Carrowholly to watch the latest battle take place. In their first meeting this season back at the beginning of November, Castlebar emerged on top with a 27 to 7 victory making the most of their home advantage. Now, Westport were looking for revenge as their head coach Seamus King plotted to even the score with Castlebar’s Simon O Malley in his maiden year as Head Coach.

As expected, the game exploded into action with both sides playing with high intensity – tackles were hard and scrums keenly fought as both sides looked to gain the upper hand. The first opportunity fell to Castlebar after 10 minutes with Barry Walshe kicking for the posts but with a strong cross field wind blowing the ball drifted wide. After 15 minutes Westport looked like they would open the scoring but the Castlebar defensive line held with some great tackles being put in by the likes of Simon Staunton and Aodhan O Donoghue to name but two. The game flowed from end to end and within minutes Castlebar found themselves inside the Westport 22 with an advantage being played but were denied by a cruel knock on. Westport centre Kevin Corcoran was able to make a break down the wing to launch a counter attack. The deadlock was finally broken after 25 minutes with Mark Staunton breaking through the defensive line and supported by fast paced Damien Togher, they skilfully ran towards the Westport line with the ball finally reaching Aaron Moran to open the scoring. Barry Walshe added the conversion to give the visitors a 7 point advantage.

Westport regrouped and in a line break involving Aidan Walsh, the ball was eventually passed out to Kevin Corcoran to score in the corner. With an excellent conversion kick being taken by Tom McHale from the side-line the scores were again grid-locked at 7 – 7 after 34 minutes of play.  Castlebar added a penalty 3 minutes before half time to leave the score at 7 – 10. However, Westport were determined not to let Castlebar hold any advantage at half time and powered over the line to secure their second try and leave the half time score at 12 – 10. The referee had to intervene with indiscipline getting the better of the Westport players just before half time. Westport’s number 8, Shane Keogh was awarded a red card for his heroics and Castlebar’s Barry Walsh was given 10 minutes in the sin bin.

The second half started with both teams determined to gain control of this closely fought contest. Westport were able to extend their lead to 15 – 10 with a Tom McHale penalty. After 8 minutes of play Barry Walsh was able to re-join the action and Castlebar introduced Marty Moran making his welcomed season debut – replacing Richard Newcombe in the pack. Westport also made changes with Liam Griffith being replaced by Conor Hastings. Castlebar had an opportunity to level the score but the penalty was missed. In a closely fought battle the next score was vital and it fell to Aaron Moran who was having a terrific match to claim the honours for his second try of the night, following an excellent run by Gareth Dunne who gained vital ground for Castlebar.

With 10 minutes left in the game Castlebar found themselves inside their own 22 with the slenderest of leads on a score-line of 15– 17. However, at this point in the game, Castlebar showed their superiority from both a fitness and skills viewpoint to outplay Westport and added two more try’s before the final whistle to gain a valuable bonus point win. The first try was as a result of an excellent carry and pass by Simon Staunton – who contrary to the common opinion in Castlebar rugby circles, he was able to demonstrate his excellent passing skills - offloading to Daire Mulgrew who in turn offloaded to Mark Staunton to put the score at 24 -15 and beyond Westport’s reach.

With the clock ticking down rapidly, Castlebar passed the ball wide and skilfully advanced up the pitch and in a fitting finish the ball fell to Barry Walsh to gain the Bonus point try that was converted by Damien Togher to leave the final score at 31- 15. Man of the Match was in no doubt as Aaron Moran had an excellent game for Castlebar.

The win secures Castlebar’s place in the J1A league moving them into 4th place behind Connemara, Creggs and Tuam. Next week, Castlebar’s attention turns to the Junior Cup competition as they face Tuam at home on Sunday at 2 pm. This is a massive game for Castlebar as they look to make home advantage count and advance in the Junior Cup competition. All support for this game would be greatly appreciated. 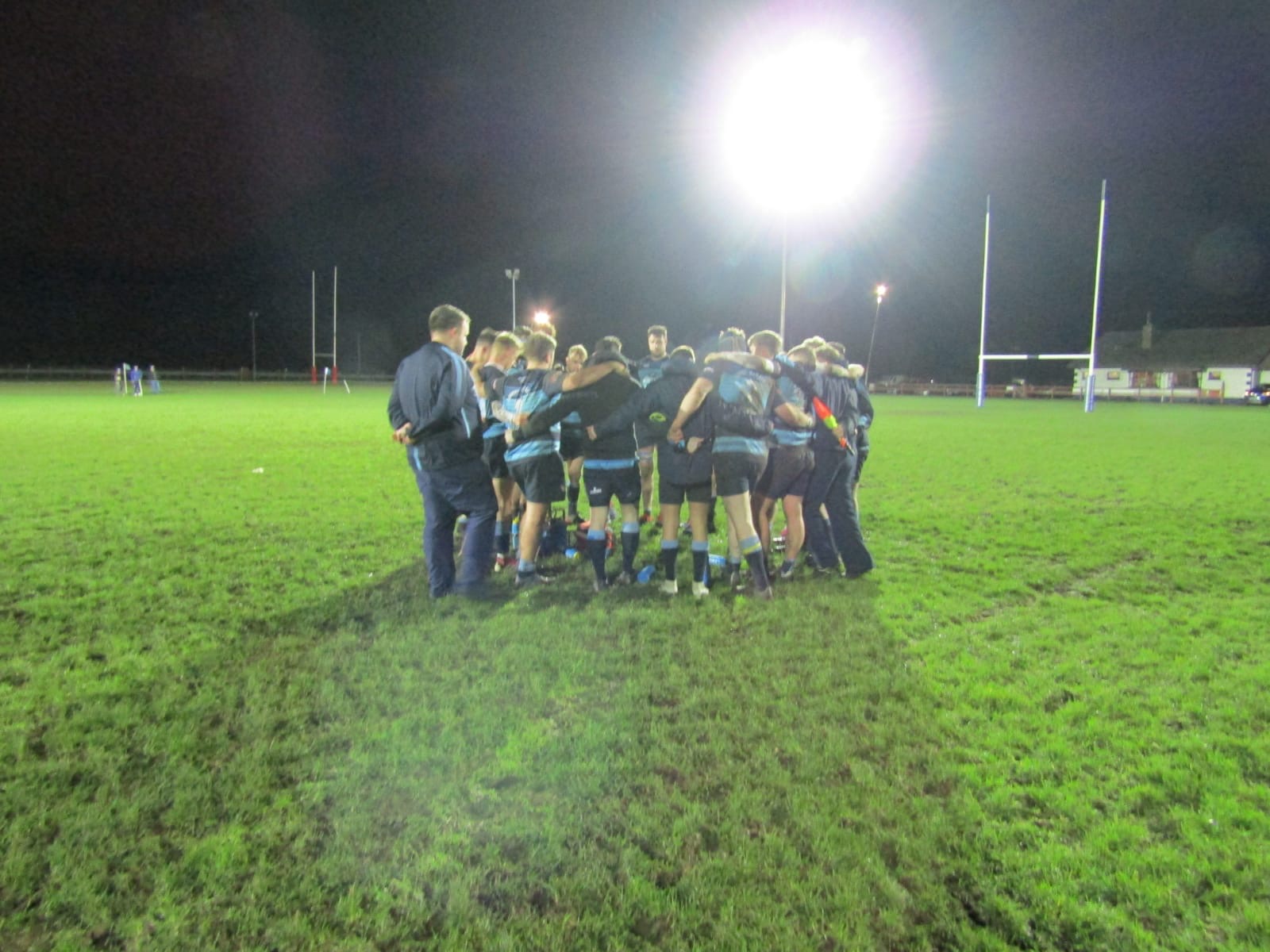