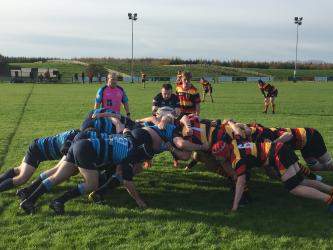 Castlebar senior rugby team moved up to fourth position in the J1 League by beating Sligo at home on Sunday afternoon. The game started in a positive manner for the home side with Damien Togher putting the ball between the posts in the first 5 minutes following a penalty giving Castlebar an early 3 - nil advantage. It was clear from the kick off that Castlebar were playing the more positive rugby with Gavin Sullivan and Captain Mark Staunton making some early runs and gaining some great ground for Castlebar, Within 8 minutes Castlebar extended their lead after Sligo were penalised for being offside - Damien Togher kicked the ball inside the Sligo 22 and despite the line out which was thrown by Liam Molloy being lost to Sligo the resultant clearance kick was taken skillfully by Jack Rowland in the air and offloaded to full back Jason High who ran in for a well-executed try to extend Castlebar's lead to 8- nil. Castlebar dominated the remainder of the second half with some excellent rucking and play by the forwards Liam Molloy, Fintan Murphy, Daire Mulgrew and Ruairi Hughes, After an excellent sequence of play involving great ground being won by Conor Carter and Fintan Casey. Matthew Staunton was extremely unlucky not to make the try line being forced out over the side line just before scoring. Sligo were under pressure to clear the ball and it was eventually secured by Castlebar and fell to Luke Staunton to run in their second try of the day to bring the score to 13-nil. Bob Hughes came on in place of Gavin Sullivan. Castlebar again went on the attack with the influential and talented winger Jack Rowland securing the ball and running in for try number three extending the lead to 20 – nil just before half time.

The second half started with Sligo determined to get back into the game and it was the visitors who would dominate the first 15 minutes of the game, After Conor Carter made some ground for Castlebar, the home side were penalized for jumping into the ruck and Sligo took full advantage with their Outside center, Daire Byrne running in for a try that was subsequently converted by their Inside center , Enda Gavin to bring the score line back to 20 -7. With the game being played at a high intensity Castlebar were forced to take off Damien Togher and moved Fintan Casey into the scrum half position and put Liam Conlon on the wing. Meanwhile Sligo had their own difficulties losing their prop Conor Mc Elliott through an ankle injury. Sligo went on the attack and looked like they would regain a foothold in the game but Castlebar's defensive play was excellent and despite a period where Sligo were camped on the tryline they came away empty handed. Damien Togher re-entered the game and with 12 minutes left in the game he passed the ball out to Conor Carter who made some great ground before it fell to the hard working Fintan Murphy to run in try number 4 and secure the bonus point win for Castlebar with the score line of 25 - 7. Castlebar had to do without Bob Hughes after he was shown a yellow card for collapsing the ruck. Castlebar made several changes with James Staunton replacing Daire Mulgrew and joining his brothers, Mark, Simon, Luke and Matthew on the pitch which was no doubt a special occasion for the lads playing in memory of their grandmother It, who was sadly laid to rest on Friday. Also, on the pitch were their cousins Davey Staunton, Jack Rowland and Fintan Casey marking a special occasion and memorable weekend for the Staunton family. Ronan Irwin and Liam Conlon also made appearances for Castlebar in what their first win in the J1 league was. Sligo finished the game by securing a second unconverted try to bring the final score to 25 -12. Castlebar will now face the unbeaten and J1A table toppers - Monivea at home next Saturday evening at 7.30 pm which will no doubt be a challenging game - all home support is very much appreciated. 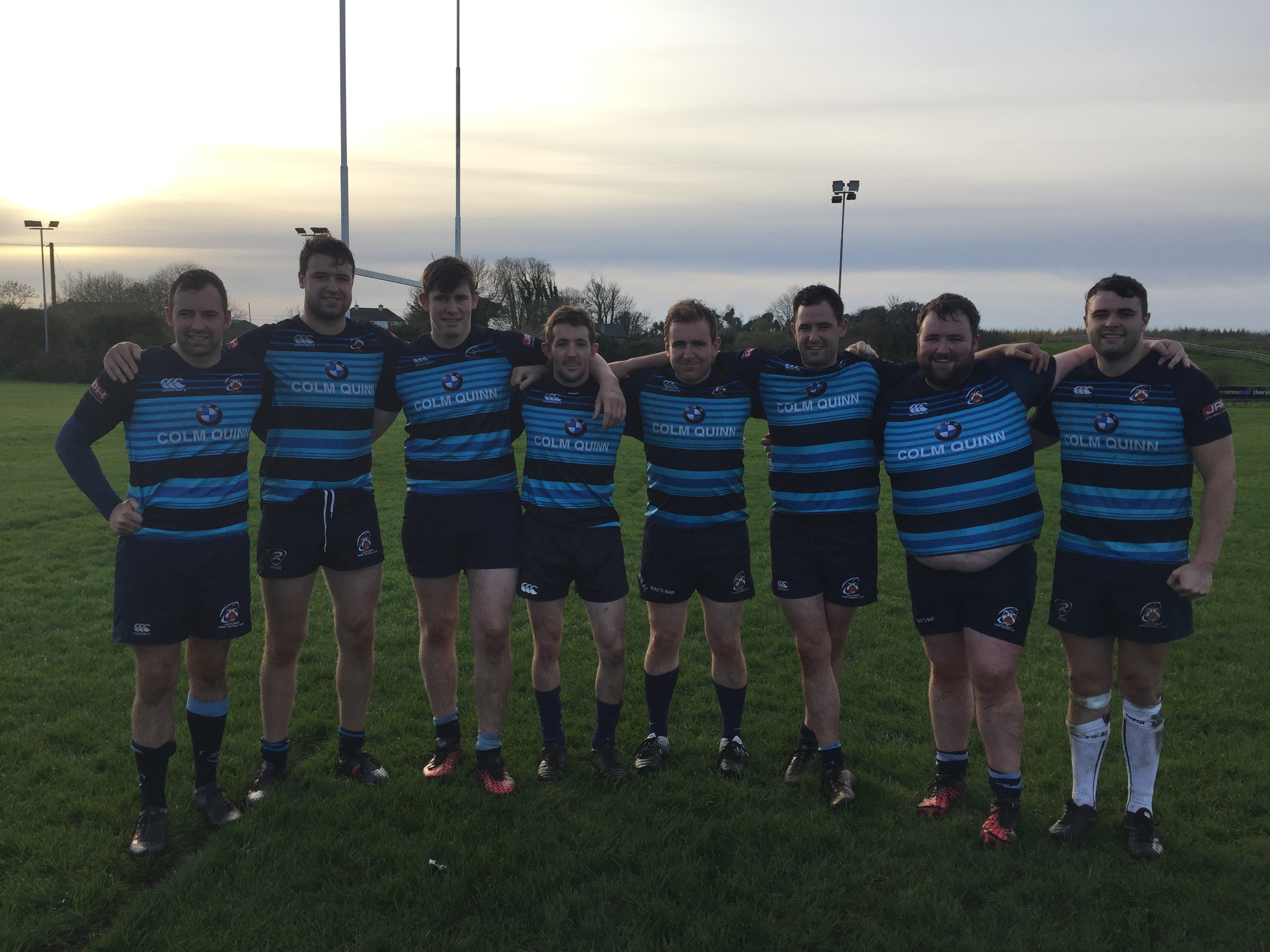